This employment report is from the Bureau of Labor Statistics, U S Department of Labor. Nonfarm payroll employment increased by 156,000 in December, and the unemployment rate was little changed at 4.7 percent. Job growth occurred in health care and social assistance. In 2016, job gains averaged 180,000 per month, slower than the average increase of 229,000 per month in 2015.  Incorporating revisions for October and November, which increased nonfarm payroll employment by 19,000 on net, monthly job gains have averaged 165,000 over the past 3 months.

Employment in financial activities continued on an upward trend in December (+13,000). This is in line with the average monthly gains for the industry over the past 2 years.

The labor force participation rate, at 62.7 percent, changed little in December. The employment-population ratio was 59.7 percent for the third month in a row. Both measures held fairly steady in 2016.

Trends in labor force participation rates, unemployment and total employment over the last 10 years are detailed below. 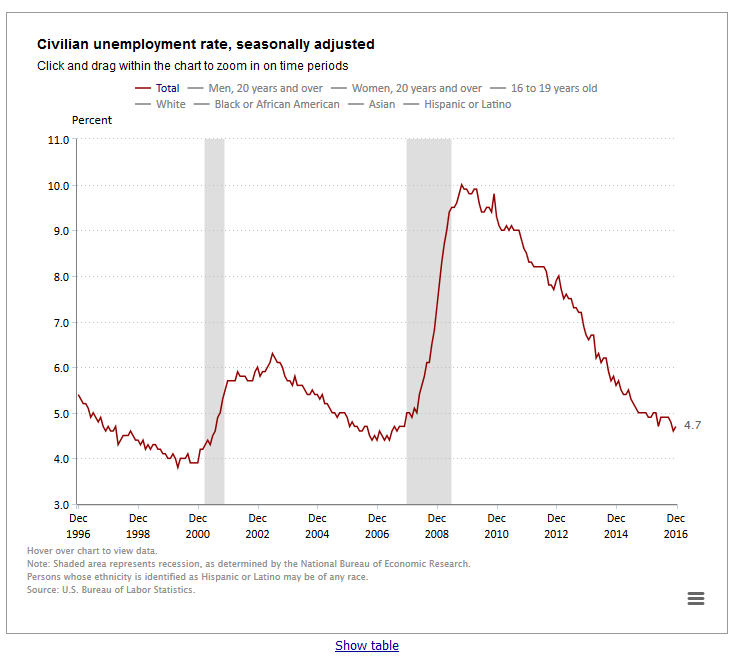 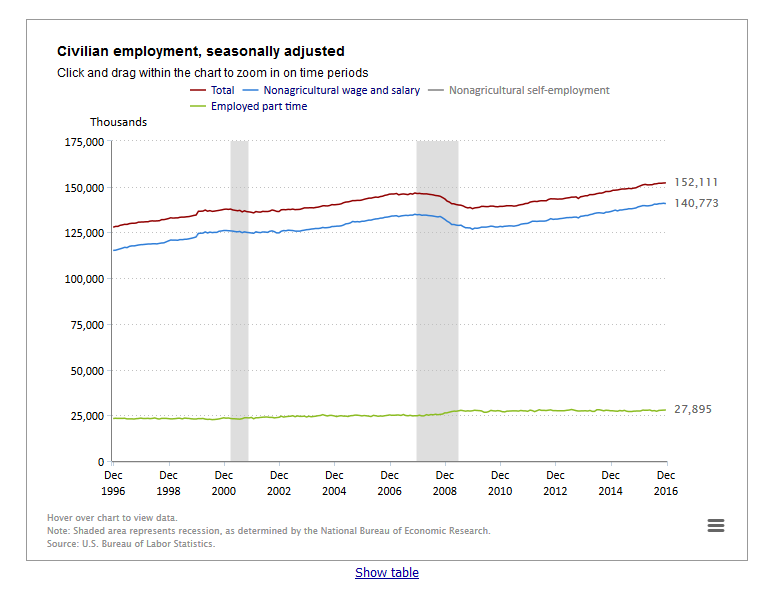 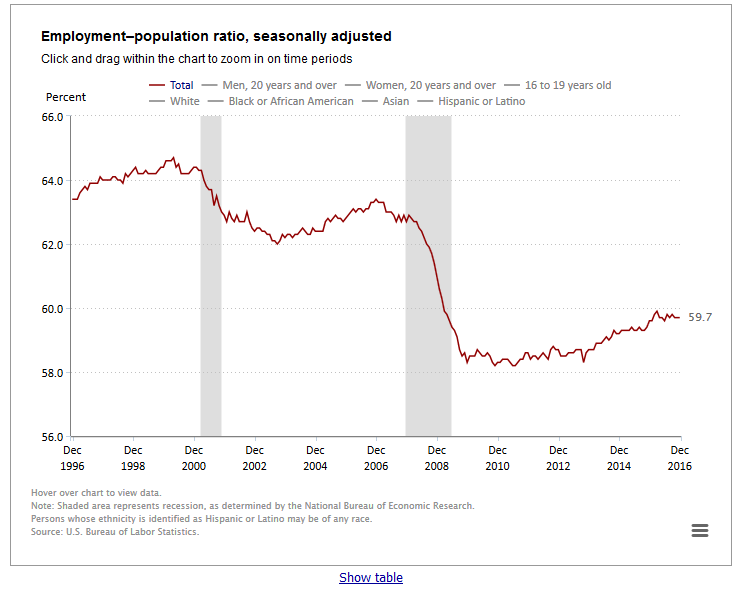