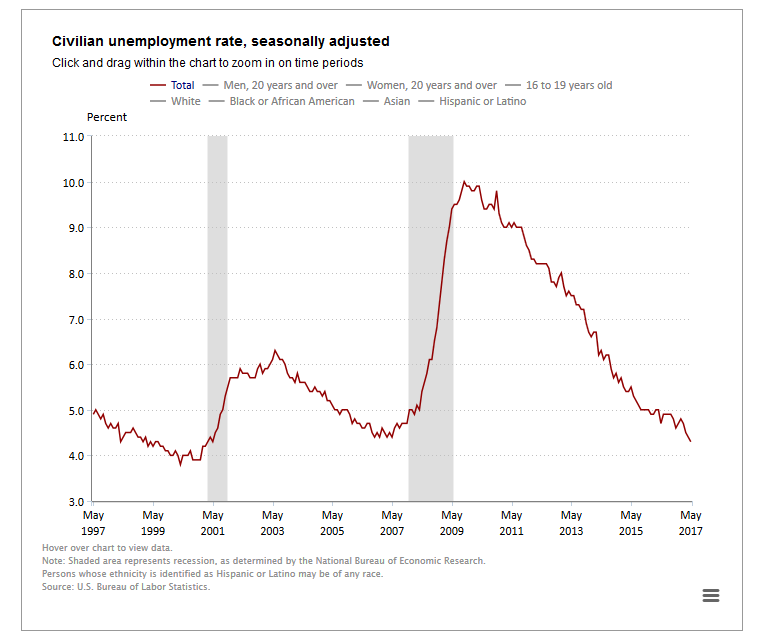 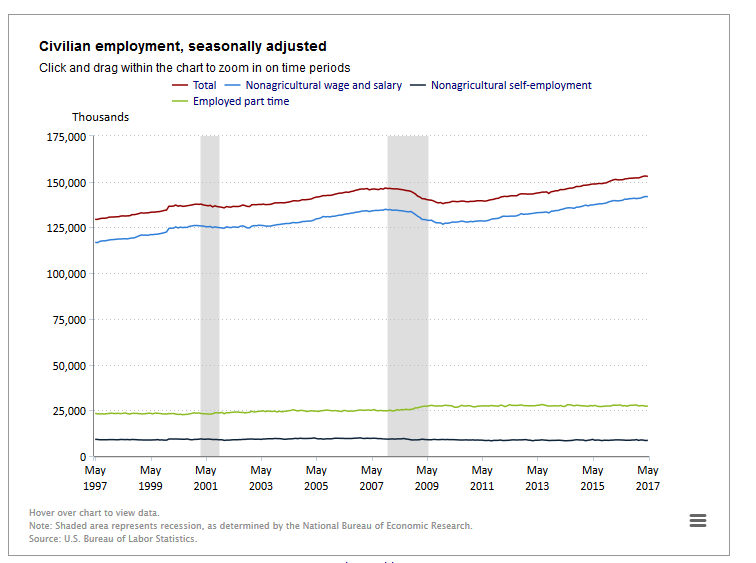 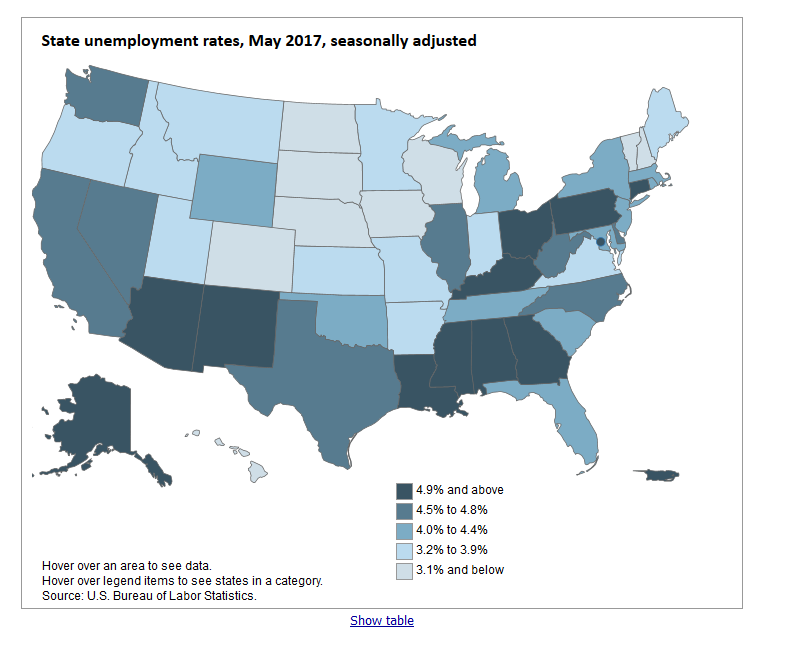 Mining employment increased by 7,000 in May. Since a recent low point last October, mining has added 47,000 jobs, with most of the gain in support activities for mining.

Employment in professional and business services continued to trend up in May(+38,000). Job gains have averaged 46,000 per month thus far this year, in line with the average monthly job gain in 2016.

Employment in food services and drinking places also continued to trend up over the month (+30,000) and has increased by 267,000 over the year.

, and the unemployment rate was little changed at  4.3 percent.