Nonfarm payroll employment increased by 211,000 in April, and the unemployment rate, at 4.4 percent, was little changed. Thus far this year, monthly job gains have averaged 185,000, in line with average monthly job growth in 2016. In April, job gains occurred in leisure and hospitality, health care and social assistance, financial activities, and mining. These results are detailed in Charts 1 and 2 below. 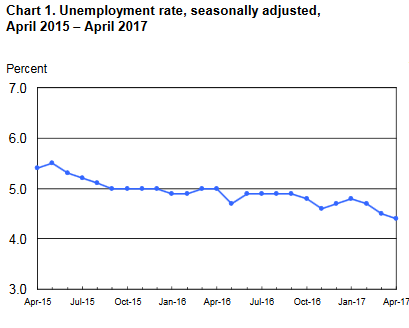 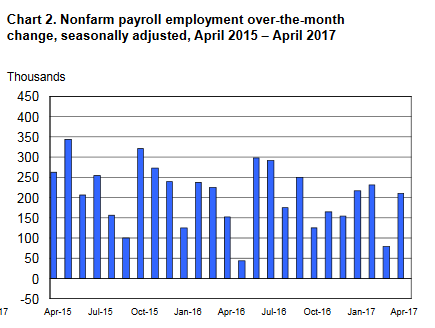 Leisure and hospitality added 55,000 jobs in April, following little change in March. Employment in food services and drinking places continued to trend up over the month (+26,000) and has increased by 260,000 over the year.

In April, health care and social assistance added 37,000 jobs. Health care employment continued to trend up over the month (+20,000). This is in line with the industry’s average monthly job growth during the first quarter of this year but is below the average gain of 32,000 per month for 2016. Within social assistance, employment in individual and family services increased by 17,000 in April.

Employment in professional and business services continued to trend up in April (+39,000). Over the year, the industry has added 612,000 jobs.

Turning now to measures from the survey of households, the unemployment rate changed little over the month but, at 4.4 percent, matched the pre-recession low reached in 2007. The number of unemployed persons, at 7.1 million, also changed little in April. 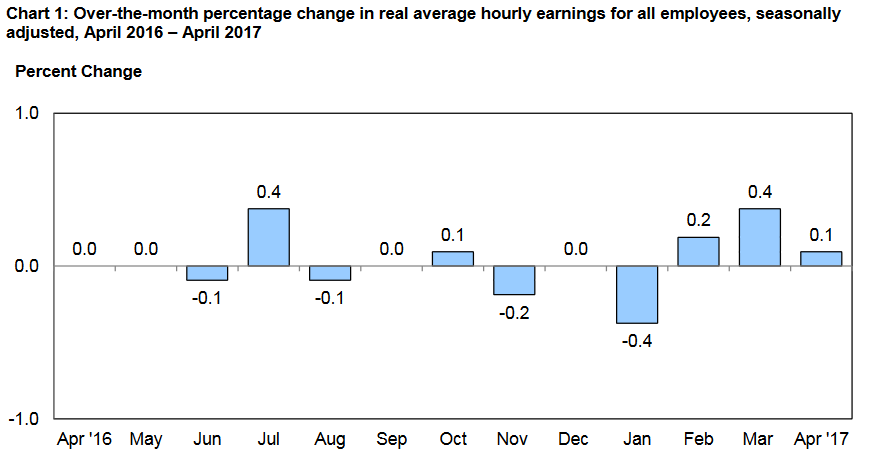