This information is from the U S Department of Labor Bureau of Labor Statistics. Nonfarm payroll employment increased by 156,000 in August, and the unemployment rate was little changed at 4.4 percent. Job gains occurred in manufacturing, construction, professional and technical services, health care, and mining. Employment growth has averaged 176,000 per month thus far this year, about in line with the average monthly gain of 187,000 in 2016. Charts 1 and 2 detail this information below. 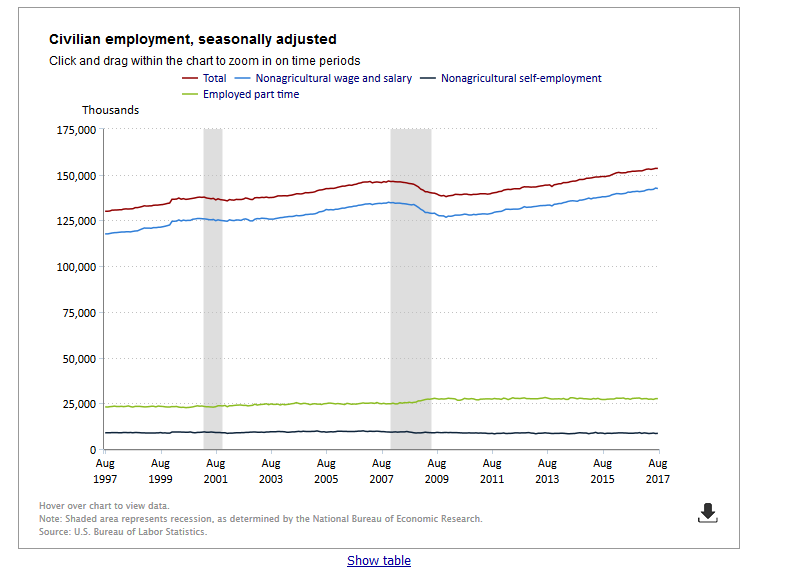 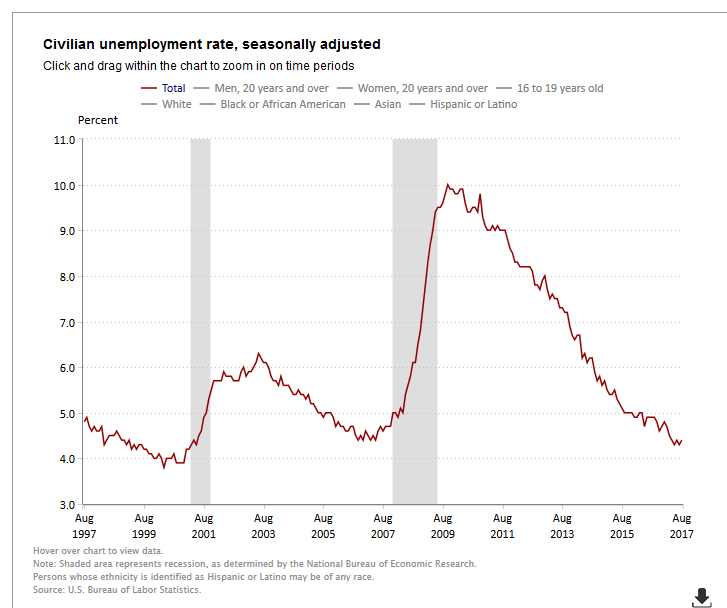 Construction employment rose by 28,000 in August, following little change over the previous 5 months. In August, employment edged up among residential specialty trade contractors (+12,000).

Employment in professional and technical services continued to trend up in August (+22,000), in line with the average monthly gain over the prior 12 months.

In August, employment in mining rose by 7,000, with all of the job growth in support activities for mining. Mining has added 62,000 jobs since a recent employment low in October 2016.

Employment in food services and drinking places changed little in August (+9,000), following an increase of 53,000 in July. Over the year, employment in the industry has risen by 283,000. 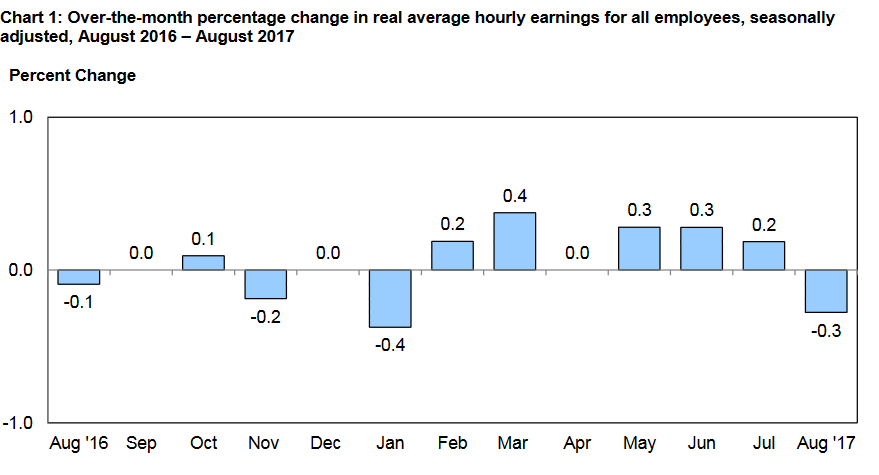