This Employment report is from the Bureau of Labor Statistics, U S Department of Labor. Nonfarm payroll employment rose by 201,000 in August, and the unemployment rate held at 3.9 percent. Employment increased in professional and business services, health care, wholesale trade, transportation and warehousing, and mining. Incorporating revisions for June and July, which decreased nonfarm payroll employment by 50,000, monthly job gains have averaged 185,000 over the past 3 months.  This detailed in Charts 1 and 2 below. 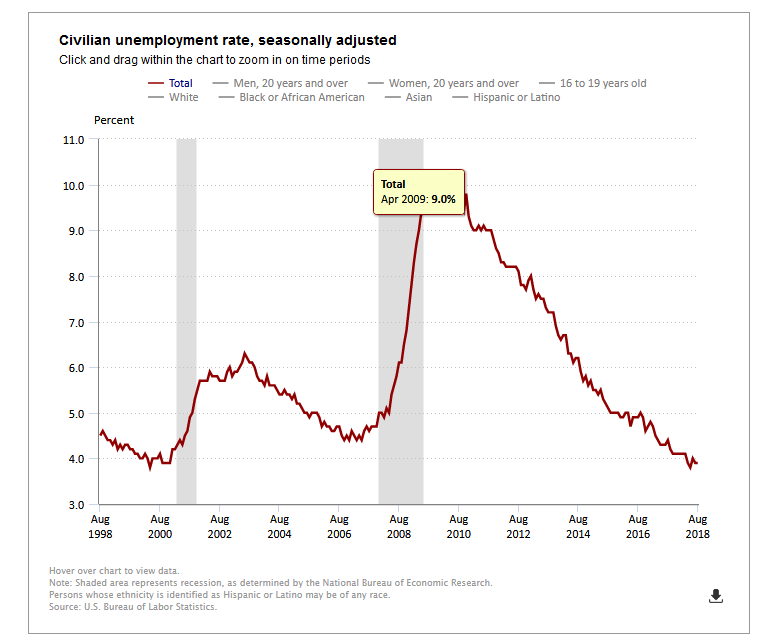 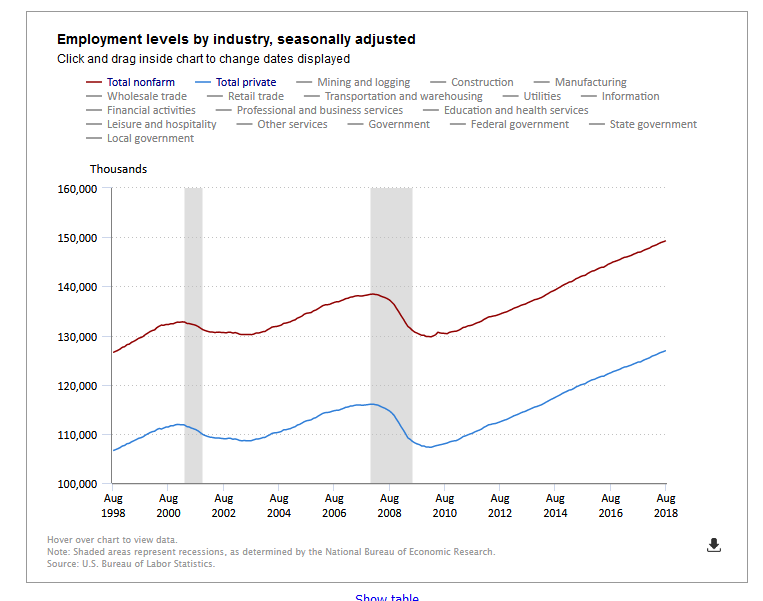 Employment in professional and business services increased by 53,000 in August. Over the year, the industry has added 519,000 jobs.

Mining employment increased by 6,000 in August, after changing little in July. Since a recent low point in October 2016, mining has added 104,000 jobs, almost entirely in support activities for mining.

Turning to data from our survey of households, the unemployment rate remained at 3.9 percent in August, and the number of unemployed people, at 6.2 million, was little changed. Among the unemployed in August, 1.3 million had been searching for work for 27 weeks or longer. These long-term unemployed accounted for 21.5 percent of the total unemployed. The labor force participation rate, at 62.7percent, and the employment-population ratio, at 60.3 percent, both declined by 0.2 percentage point in August. Among the employed, the number of people working part time for economic reasons, also referred to as involuntary part-time workers, was little changed in August at 4.4 million but was down by 830,000 over the year. Among those neither working nor looking for work in August, 1.4 million were considered marginally attached to the labor force, little different from a year earlier. Discouraged workers, a subset of the marginally attached who believed that no jobs were available for them, numbered 434,000 in August, also little different from a year earlier. (People who are marginally attached to the labor force had not looked for work in the 4 weeks prior to the survey but wanted a job, were available for work, and had looked for a job within the last 12 months.)